The Komodo dragon is the largest living species of lizards that is only found in the Indonesian islands of Komodo, Rinca, Flores, and Gili Motang. While they have lived for millions of years, they have only been discovered by Western scientists in 1910. And because the immense size and killer appearance of the Komodo Dragon is already impressive, some fascinating facts about them remain overlooked. 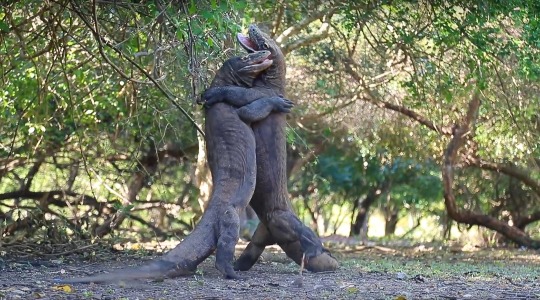 Would you like to see Komodo dragons yourself? Read about the Komodo Boat Tours by Local Guides and meet the Komodo dragons in Komodo- and Rinca Island, as you snorkel and trek around the majestic landscapes and fascinating underwater world around Komodo National Park!

Tangkahan is a remote village in Gunung Leuser National Park (Sumatra) and is famous for its elephant sanctuary. The elephants have in the past been used for logging trees. As the logging destroyed the rainforest and triggered stricter environmental regulations, elephant logging became illegal and locals were forced to look for new ways to make […]